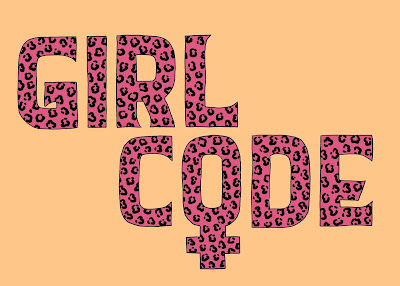 The idea for Coming Home With Me came from a drunken night out at Edinburgh Fringe where a creepy dude was persistently trying to touch me and not taking well to rejection. This got me thinking, why does nearly every girl just put up with harassment on nights out? As one of the girls I interviewed for the production aptly pointed out "you wouldn't grab someone in Tesco, so why is it acceptable in the club?". She has a point.

The production follows three girls: Girl A, Girl B and Girl C on a night out in Brighton. Each of them deals with men's inappropriate advances in different ways (and yes I know it's '#NotAllMen', but, quite frankly, it's enough that i've had to write a play about it). We follow the girls from getting ready, busting moves, sinking drinks through to going home with them. The interviews, sadly, confirmed what I thought I knew was true, that EVERY female has had to deal with this in some form or another on nights out.

I was faced with a lot of girls who claimed it was simply easier to ignore it until it got so bad that they had to speak to bouncers, who, at times, wouldn't believe them. The play lifts the lid on this topic and shows that this is an entrenched issue that we should ALL be talking about.

The project deals with completely verbatim material from 15 female-identifying students aged between 18-23, two girls who run an initiative called Consent In Clubs - designing safe club nights, a member of a prominent anti-harassment charity and a Brighton Bouncer. Alongside the extensive interviewing I conducted myself I have also been through articles, radio programs, high profile and low profile court cases, forums, MP's speeches and pretty much anything I could get my hands on pertaining to sexual harassment in clubs. It's important to me that the play uses verbatim testimony as, I feel, this is the most truthful form of theatre. I don't want to glamorise or Romanticise harassment and I felt the best way to do this was take it straight from the people who witness and experience this treatment regularly.

I'm hoping that the play will not depress, but instead empower women and girls to have the courage to say no and know that they should and will be believed and that being touched anywhere without consent is never ok, even if you are in a club. Tickets will be released soon and I'm so excited to see you all there.

Popular posts from this blog

February 07, 2019
We are so excited to announce that we have a cast! Allow us to introduce you to the three girls performing in Coming Home With Me. The lovely Beth Hodd, fresh out of Bath Spa's acting course, with a female focused attitude we love. Beth will be playing the sarcastic Girl A. Ellen Patterson, with a variety of productions under her belt, Coming Home With Me is a passion project for Ellen, having created her own verbatim production tackling the Irish thong-in-court scandal. We are so excited to have her on board. Ellen will be playing the fiery Girl B. And last but not least Eleanor Pead. Eleanor will be playing the complicated Girl C - Eleanor's wealth of experience in theatre-making and verbatim work from East 15 makes her a brilliant addition to the cast and we can't wait to get started on the process! Stay tuned for more posts and we can't wait to show you the process as we go along.
1 comment
Read more

What's next for Girl Code...

May 23, 2019
We're still reeling from our sell out, five star run at Brighton Fringe! Big thank you to all of our gorgeous audiences who seemed to really enjoy the show, we loved having you. We're now gearing ourselves up for a shows at The Old Red Lion Theatre in Angel (London) on the 17th July (21:30); then The Star Inn at Guildford Fringe on the 22nd July (19:30); and then a ten day run at Edinburgh Fringe at Sweet Novotel (2nd-11th August, 19:15) (heck).  Coming Home With Me will develop further as a show at each location we visit. We know that these stories of harassment and assault are not just happening in Brighton and we're going to reflect this by interviewing women local to each venue that we perform at. If you're interested in helping us dismantle the patriarchy one performance at the time feel free to drop me an email at maddiegirlcode@gmail.com. One last thing! If you did enjoy the show during Brighton Fringe feel free to vote for us in the Audience Choice A
Post a comment
Read more